I Listened to Jon Batiste’s Album Because You Didn’t 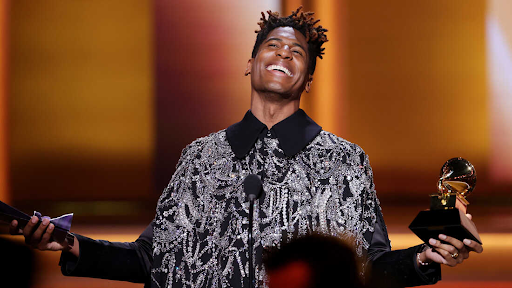 I think we all know about “Oscar bait” by now. Every year there’s a parade of quiet character dramas, often period pieces, featuring big-name thespians that clean up at the Academy Awards and Golden Globes, netting their stars, directors, and writers both recognition and a resume booster. From my perspective, the Oscar bait films aren’t usually even that good (nobody’s favorite movie is “Green Book”), but just contain all the stuff that the Oscars like: complex characters, a coherent story, and acclaimed actors.

Which brings me to Jon Batiste’s “We Are.” The general reaction from the public after the soul/R&B/jazz record won Album of the Year at the Grammy’s was a resounding “Huh?” Of all the nominees, “We Are” was the most unknown. It wasn’t massively popular, like “SOUR,” “MONTERO,” or “evermore,” and it wasn’t made by a previous Grammy’s darling, like Kanye West, Billie Eilish, or H.E.R.

I listened to “We Are,” as most probably did, the day after the Grammy’s. It’s good. It didn’t blow me away, but I think it has a solid case for being the best album of all the nominees, and it was by no means the worst.

I think what makes “We Are” such an odd winner, then, lies in the definition of the phrase“Album of the Year.” I couldn’t even find any official criteria for the award. It’s easy to assume it’s supposed to mean “best album,” but, beyond music being ultimately too subjective to get to a consensus on that, I think most would argue the best albums, even just in the eyes of critics, don’t win “Album of the Year.” Kendrick Lamar’s “To Pimp a Butterfly,” which is probably the most acclaimed record of the past decade, didn’t win in 2016.

“Album of the Year” doesn’t refer to popularity, either, as the best-selling record almost never wins the award, either, although Adele’s “25” and Taylor Swift’s “1989” both did so in the 2010’s.

I think what the Grammy’s probably want the award to mean is “the album that best represents the year.” To say that the Grammy’s have chosen the correct album to do this is laughable (to illustrate this: hip-hop has been the most popular genre in America since 2017, but the last rap album to win Album of the Year was “Speakerboxx/The Love Below” all the way back in 2004, and it featured the least rapping of any album Outkast had released), but I think that’s what they’re going for.

Ultimately, the Grammy’s voting system (the constituency is made up of industry professionals in various roles, so executives, artists, producers, and engineers all vote) makes it so that a real definition is impossible. The Album of the Year simply reflects the voting patterns and tastes of those industry professionals.

Which brings us back to Oscar bait. “We Are” is to the Grammys as “Green Book” or “King Richard” are to the Oscars. Batiste’s album has all the “stuff” that a Grammys winner should have: it’s well produced, all the performers are clearly talented, it reflects several important genres, and it’s generally accessible. That last part is important; “We Are” has an air of prestige and artistic intent, and it’s something a casual listener will “get,” unlike records like “Cavalcade,” “LP!,” and “Sinner Get Ready,” which appeared near the top of many critics’ year-end lists.

I’ve found two types of this “Grammy’s bait,” and again this comes with the caveat that I don’t think any of these albums were made with any consideration for winning awards, but they are generally the two types of albums that aren’t hugely popular but still win Album of the Year.

The first is what I’ve described earlier: the artistic, warmly-reviewed, accessible, but nonetheless not very popular album. Examples separate from “We Are” include Beck’s “Morning Phase” and Mumford and Sons’ “Babel” (which actually sold rather well, but I think it’s still close enough to be put in this category).

The second is altogether more common: a legacy award. Some of these albums are popular and reviewed well (Bob Dylan won in 1998 for “Time Out of Mind,” which is an absolute masterpiece, even if “OK Computer” really deserved the award), but it seems like they were only given because older voters saw a famous name and voted for it. Steely Dan won Album of the Year in 2001, Ray Charles in 2005, Herbie Hancock in 2008, and Robert Plant and Alison Krauss in 2009.

As Oscar bait-adjacent, I’m also going to mention the “Yikes We Should’ve Given It To You A Couple Of Albums Ago” category, which is sort of a legacy award in and of itself, but the albums here are usually popular and acclaimed enough to be considered normal “this is just a good and popular album” nominees (as a general rule, most Albums of the Year fit into the category, except the 2000’s, which went a little crazy on the “legacy awards”). These include Daft Punk’s “Random Access Memories” (should’ve recognized “Discovery”), Arcade Fire’s “The Suburbs” (“Funeral”),  and the aforementioned “Speakerboxx/The Love Below” (this one’s compensating for “Stankonia,” “Aquemini,” and “ATLiens”).

I guess the message of all of this is that Batiste’s album was the perfect storm to win the upset Grammy. I’m curious to see how it affects the Grammys themselves going forward, too. “We Are” broke (or maybe only interrupted) a streak of relatively well-reviewed, extremely popular pop albums by female singer/songwriters (Taylor Swift, Adele, Kacey Musgraves, and Billie Eilish specifically) that dates back to 2016, and was only otherwise interrupted by Bruno Mars’ “24K Magic” winning in 2018 (if only Lorde’s “Melodrama” had won that year, we’d have a real run on our hands). Maybe we’ll go back to that, but maybe Swift, Eilish, and Olivia Rodrigo losing out this year means there’ll be a changing of the guard, and we’re in a new era of Albums of the Year, with this one to be ruled by more obscure acts. We’ll have to see.