A “Fresh” New Take on an Age Old Trope 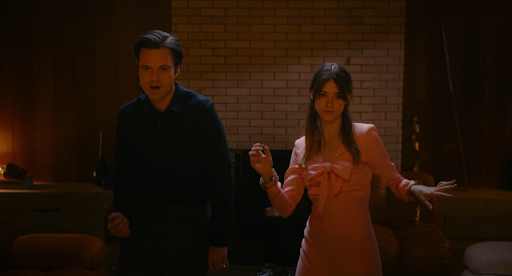 Except it doesn’t end there.

“Fresh” starts out like with your average “not like other girls” character: Noa, who despite her outwardly expressed dislike of new age dating, continues to use dating apps to go on terrible dates. Noa also has a classic supportive best friend who “just wants the best for her”, Mollie. One day, while inspecting the vegetable section of the grocery store, Noa is approached by a man that anyone with a brain would not trust. Somehow this man, named Steve, charms her into giving him her phone number. (How????)

A few days later, Steve texts Noa, asking her to go out for drinks, and she accepts. The date, of course, goes well. Steve, being his charismatic self, charms his way into both her heart and her apartment (plus her bed). And thus begins a romance story for the ages.

After a few weeks of dating, Steve asks Noa to go away with him, and she says yes. For a seemingly smart person, she has some of the worst decision making skills I’ve ever witnessed. The day of the trip arrives but sadly, there’s too much traffic to drive so Noa just goes back to Steve’s house for the night and they’ll leave in the morning. Sounds safe, right? Wrong. So very wrong.

Back at Steve’s place he prepares a special drink for Noa and to everyone’s (no one’s) surprise, she promptly passes out on the floor. Noa awakens in a room with cement walls, which isn’t creepy at all. She also finds herself to be chained to the bed. Steve, who is sitting ominously in a corner, fills her in on the exact situation that she was, and will be, in. That is, until he kills her. Noa is not pleased, she can’t really do anything about it, right?

Well, you’ll have to watch the movie to find out.

I left out a very key component of the movie in my overview so that if you haven’t yet seen it, it’s still worth watching. I thoroughly enjoyed watching this movie, but I’m hesitant to recommend this to anyone that isn’t an extreme horror movie buff, due to its gruesome nature. I myself am no horror movie buff. In fact, “Coraline” was one of the scariest movies I’ve ever seen and I still refuse to watch it. However, I don’t regret watching “Fresh”. Sure, it was pretty gory, but that didn’t come at the expense of the plot. In my opinion, the plot was rich and only had one or two plot holes, and even those can be explained away. The movie wasn’t so terrifying that it kept me up at night, but I did keep thinking about it long after the movie ended. If you’re into gory horror movies with a mostly bearable main character and great side characters, “Fresh” might be for you.

You can watch “Fresh” on Hulu and Disney +, if you don’t plan on eating for a while.