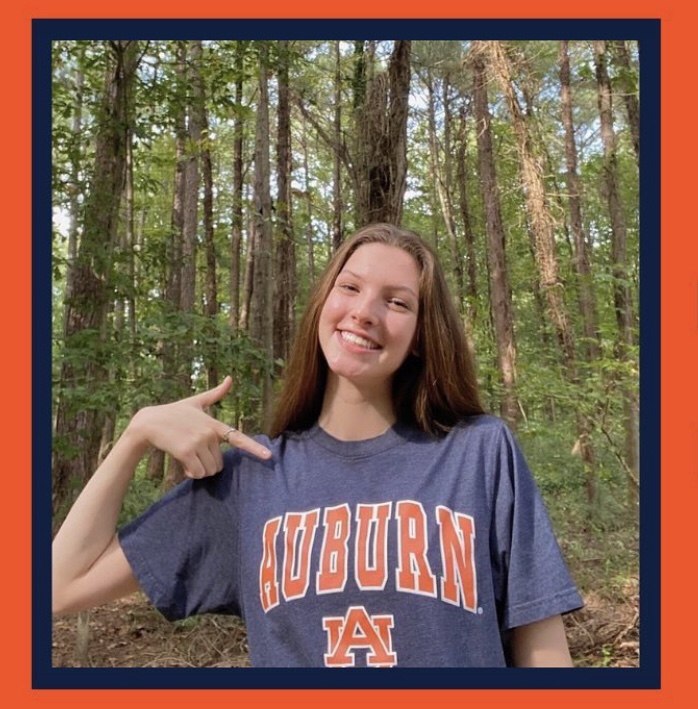 Kyla Maloney (‘22) has left a true legacy at Chamblee as she prepares to graduate this year. Maloney won state swimming for Chamblee her freshman year. In addition, she would go on to win relays and the 200 freestyle, the 200 being a 4 lap race in an olympic style pool. She has also won titles during her time on the Chamblee swim team as rookie of the year her freshman year, MVP all three of the other years, and swimmer of the year for the state of Georgia this year. Maloney was chosen out of all the elite swimmers in the state of Georgia, proving this award to be monumental to her swimming career.

Some accomplishments she focuses on can be more personal though.

“My first freshman year meet, [my sister, Teresa Maloney], was a senior on the team when I was a freshman, and I didn’t mean to break her record because I was like, ‘Don’t worry, I’m not going to break the record. It’s not a big deal,’ and then the first meet we had, I broke the record. She was super happy about it; I felt really bad, but it was a super fun experience,” said Maloney.

During Maloney’s successful swim career, she has not only broken others’ records, but also her own time and time again.

Though she has accomplishments of her own, she cherishes the ones she shared with her sister even after being on the swim team for four years.

“My freshman year winning state with my sister was probably my favorite memory because it was her last year and very emotional, and that was the first time we’d ever really competed together. At Dynamo we were always in different age groups, but that was the first time that I got to race with her on the same relay and then winning that relay and seeing her reaction, it was probably one of my favorite memories,” said Maloney.

These cherished memories encapsulate the two sisters who have stuck side by side throughout their swimming careers.

“My sister and I were at that stage where we tried everything pretty much. I was doing soccer, basketball, gymnastics, swimming, everything, and my parents wanted us to pick something. My sister picked swimming, so I was like, ‘oh, I’ll follow her, I’ll do whatever she does,’” said Maloney.

This decision to join the high school team was one of Maloney’s most impactful decisions.

“I’ve been swimming at Dynamo for ten or eleven years now, so it’s just always been a part of my life. I fell in love with it at a really young age, and it’s probably the biggest part of my life where I get a lot of my friends and experiences. I just love it,” said Maloney.

Though, it isn’t a surprise Maloney chose to swim instead of pursue soccer, basketball, or gymnastics.

“Both of my parents swam in college, My sister swims. Literally, everyone in my family swims. I’ve been swimming since before I could walk,” said Maloney.

Through their swim experience, Maloney’s success was supported by her parents as she juggled school, social life, and her demanding sport.

“Managing my life was definitely not always this way. I’ve been very lucky and my parents are very supportive and they understand it since they did it as well,” said Maloney, “Understanding how to balance the social, the school and the swimming, it’s definitely got a learning curve and I’ve definitely struggled at times, but it’s all about time management and making time.”

Though she may have raised an athlete, her commitment to her coaches and teams is well-known.

“Kyla’s success was her dedication to her sport and swimming year round. Genes definitely play a role, but really, it’s her hard work,” said Lorri Reynolds, Maloney’s Chamblee coach.

Undoubtedly, Maloney is described as an elegant beast in the pool.

“I mean, it’s just the ease of which she swims. It looks so effortless, but yet she is incredibly fast and pretty in the pool. Like, her strokes are just beautiful to watch. So, I think just watching her just take down race after race after race has been one of the best things just to see her accomplish all the things that she set her mind to,” said Reynolds

The record breaking Chamblee swimmer plans to leave a long reigning legacy as she takes a splash into a new pool at Auburn University, where she has received a scholarship to swim.

As Maloney graduates, she wishes to leave a message to anyone thinking of joining swimming.

“I’d say it sounds a little cliche, but you just gotta jump in feet first. It’s scary to some people. It’s not scary to others, or the social aspect is scary, but once you get in it, you’ll love it and it’s such an amazing thing. Everyone there has similar mindsets and probably some of the most driven people you’ll ever meet are in sports, and I think it’s a great community,” said Maloney.

Though Maloney couldn’t graduate without a note from her beloved coach.