Chamblee Marching Band On a High Note This Season 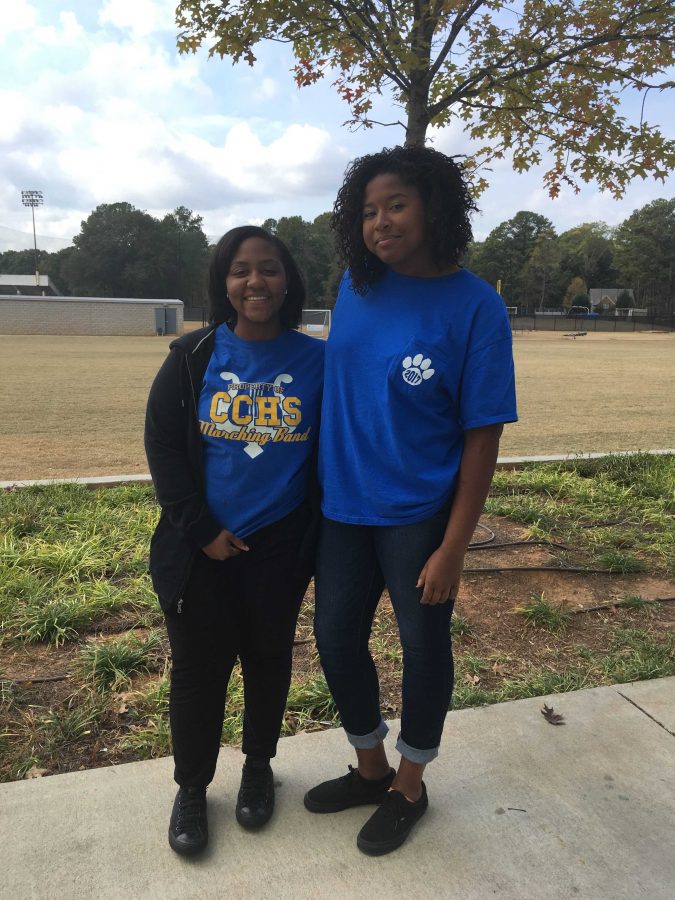 Chamblee’s marching band has always been an excellent source of entertainment and a remarkable display of skill and discipline, but this year, changes in the band have made them even better.

The band underwent some major changes this year, the most drastic one being that there are now two drum majors, or conductors of the band, instead of one. Senior Catherine Willingham, the returning drum major, now shares the responsibility of conducting the band with junior Shaniah Williams.

“Last year, there was a lot of the responsibility that fell solely on me, and this year it’s a lot easier to be able to spread responsibility between the two of us, so I don’t feel as overwhelmed,” said Willingham.

Williams is also enjoying her new position as co-drum major.

“I love it. I do miss marching occasionally, but at the same time, being able to see everything move on the field is really cool,” said Williams.

Band director Colleen Fleming says that this change is helping the band significantly.

“[Having two drum majors] is really helpful to everyone on the field. It really helps the cohesiveness and tempo and making sure everything is happening when it needs to happen,” said Fleming.

In addition to having two drum majors, the band has undergone other various structural changes, such as a redefinition of the section leader role. These changes have improved the overall coherence of the band.

More cohesiveness and efficiency aren’t the only improvements the band has seen this year. Better music, more focus, and a higher sense of unity are just some of the assets that the band has gained. Additionally, a more experienced Fleming now has better control over the band.

“Ms. Fleming is more confident in her job now that she has a year of experience under her belt,” said drumline member William Rohrbach.

The band also has a better morale and an overall more positive attitude. There is a higher sense of comradery and new friendships are being made.

“Everything’s really friendly and great. We have fun at practice every day,” said Williams.

Another improvement has been in the focus and unity of the band.

“We all seem in general more focused and a lot more motivated,” said Willingham.

Although the band has improved significantly this year, there have been a few drawbacks. One of those drawbacks is leadership and focus in the drumline.

“Our show music is a lot harder than it was last year, and I feel like if we had focused and set our minds to it earlier in the season, then we could’ve been a lot better,” said Rohrbach.

The drumline has also had some problems with disputes among the members.

“There have been issues as far as people fighting and getting along and the normal stuff you’d expect, but I think we’ve moved past it and bonded over it,” said Erin Leah Kistenberg.

Despite these challenges, the drumline is extremely close and its members have become good friends with one another. If anything, the struggles they went through made them more stable.

“Whatever challenges they’ve had, they have come out better for it, and we see a much stronger percussion section,” said Fleming.