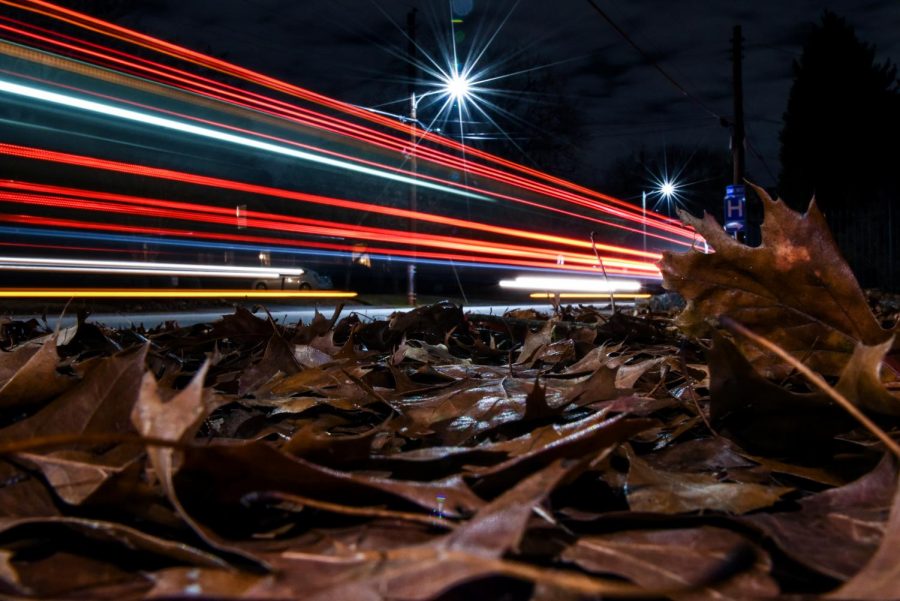 Chamblee’s art classes have taken their talents to the competitive level as multiple students submit pieces for the Reflections competition which receives artwork from K-12 students across the country. While the contest is carried out at a national level, the process begins locally.

“Reflections is a national competition for PTSA throughout the country, but it starts with a smaller, county level, and then you kind of move up from there,” said photography teacher Mattie Bell. “They will first compete against other students in DeKalb County. And then, I believe it goes into larger regions in the state, and then there’s a state level and national level.”

The submissions that will be sent to the county level were selected by Bell, along with other teachers in the art department. During the selection process, they sought out pieces that best displayed this year’s theme: “Look Within”.

“I think the submissions that we chose as a department have a clear understanding of the theme,” said Bell. “This year’s theme was “Look Within”, so all of the artwork had a figurative or literal [relation] or somehow related back to that theme because that’s kind of the central guideline they give you for the actual competition. So, all the artworks that were chosen best synthesized the meaning behind that theme and then obviously good craftsmanship, good quality work… things like that are important, too.”

“The theme is the key for this specific competition,” said Bell. “There are many competitions, like Scholastic, where they don’t have a theme, but this one is mainly about the theme, so it has to directly relate.”

A self-portrait by junior Courtney Combs was one of the pieces selected for submission.

Combs’ submission demonstrates not only the aforementioned adherence to the theme, but also the craftsmanship that Bell was looking for.

“I really focused on highlighting and making sure that I really had a high sharpness on certain details in my face,” said Combs. “I highlighted my freckles, as well as my hair, to make it stick out because I had a white background. I wanted to make sure that the black detailing really stuck out.”

Senior Brendan Bassett, whose photography was also selected, decided to take the prompt in a different direction.

“My submission is a long exposure taken from the ground of a big busy street,” said Bassett. “I took the picture as a bus was going by, so you get big streaks of lights as the bus goes by into the distance. My camera’s on the ground, so the picture has leaves all around the frame and focus.”

Bassett’s piece expertly demonstrated his understanding of the theme, interpreting it in a unique way and provides a unique experience for the viewer.

“The picture has leaves all around the frame and focus, so it’s kind of reminding you that even though there’s all these lights and the bus going by and the street light is shining with a big flare, you can still focus on the tiny leaves in the frame,” said Bassett. “It’s telling you to look back, not to focus on all the busy aspects of life and to focus on the leaves and all the small things.”