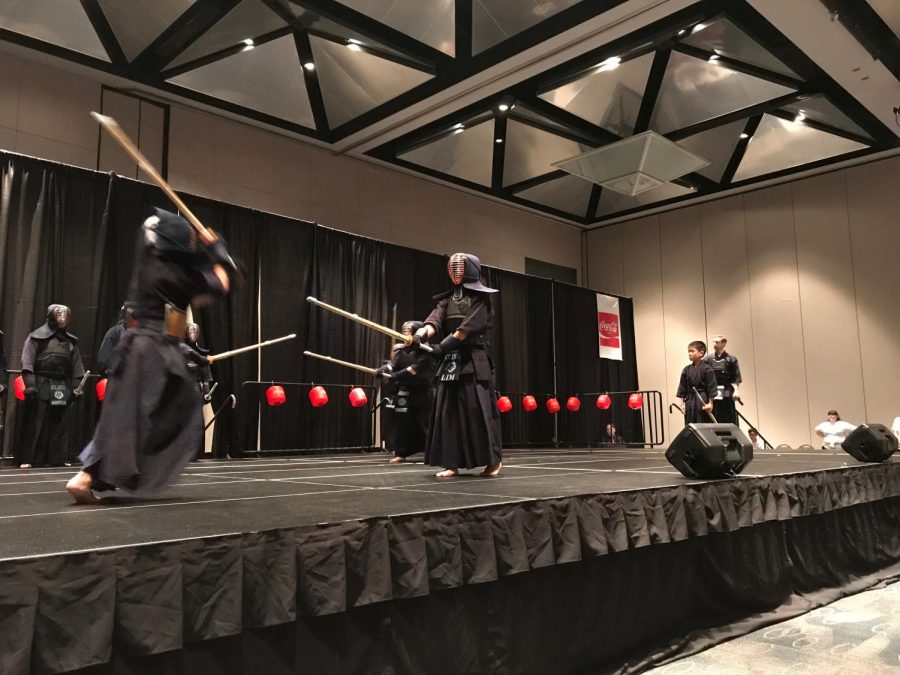 When people think of sports, they think of the quintessential ones: football, baseball, soccer and volleyball. But for junior Victor Lim, his mind jumps to kendo: the sport in which he recently placed second at the Southeast regional competition.

The swords are specially made and very strong, but even so, they do not last Lim long.

“It’s made up of four pieces of bamboo tied together with leather,” said Lim. “I tend to have to replace my sword every month.”

This can cost upwards of thirty dollars.

Lim was drawn to kendo after watching his first match at a young age; he was immediately entranced.

“I had a friend whose older sister did kendo, and one day I went to one of her tournaments,” said Lim. “It looked really interesting, so I decided to start. This was when I was nine.”

Lim has been committed to kendo ever since, and as such, he recently had the chance to compete at the regional level.

“I got second at the southeast tournament for youth C division [which is] the 16–18 [year old group],” said Lim.

While achieving this high honor did not have any immediate consequences, Lim soon qualified for the next round of competition.

“The tryouts [for the Southeast youth team] were the day after,” said Lim. “I made it for nationals, which is gonna be held next June in Detroit.”

This is quite a commitment. On top of his regular practices, Lim now has to work with his regional team.

“Training for the national [competition], we meet every month in Columbia, South Carolina,” said Lim.

A normal practice for kendo tends to follow the same structure as most other sports: warm-up, skill improvement and scrimmage.

“At practice, we usually start out with just doing some strikes by ourselves to warm up,” said Lim. “After [that], we put on our armor and practice hitting each other. And at the end of practice, we practice match fighting.”

The uniform, or armor, for kendo also resembles that of fencing, but each piece has a unique name.

“The entire [suit] is called a gi. I have my traditional kimono […], we have a piece that goes around our waist that’s called a tare. That’s basically a name tag. On mine, I have Atlanta and my last name. It also has a white lotus flower. [The symbol] is unique to your club,” said Lim. “I also have the ‘do’ breastplate armor and ‘kote’ wrist protectors and the ‘men’ head armor.”

A normal match consists of two players and three judges.

“So basically the court is a square. There are 3 judges each holding 2 flags (red and white). Before the match, each player is assigned a color. The two who are fighting stand on each side. The judges nod at them, then they both walk in and bow to each other,” said Lim.

Once the players bow, the match begins.

“After bowing, they draw their swords and walk towards the center of the square. The head judges says ‘hajime’ which is Japanese for begin, and they fight. Whenever someone scores a point, the judges raise the flag of the player that scored,” said Lim. “In order to score a point, at least two [of the three judges] must raise your color flag. Two points wins a match. If no one scores, it goes into sudden death.”

And while Lim loves competing at such a high level, it is kendo’s distinctive nature that keeps him coming back for more.

“[I like] the fact that it’s a unique sport, and it’s just like a good stress reliever,” said Lim.