The Enigmatic Tale of the Man Who Pays Our Tuition 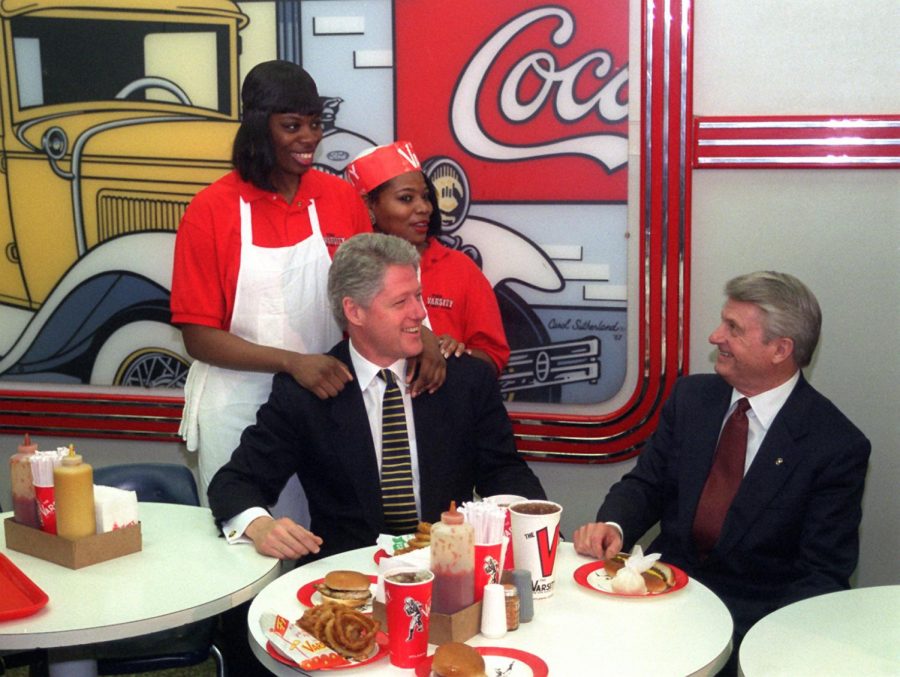 For juniors and seniors in Georgia, few words carry the same weight as “Hope” and “Zell.” These are the names of the state programs that send hundreds of thousands to public colleges and universities across Georgia on the state’s dime. These are words that, for many students, make a college education possible.

When I first learned about these wide-reaching scholarships, I was surprised, to say the least. The Georgia I’m used to after 17 years routinely slashes education budgets. It tries to allocate more money for private education instead of struggling public schools. It’s an educator’s worst nightmare. Yet, behind these elitist practices, there lies the HOPE scholarship – a paragon of successful public policy in higher education that blazed a trail for the rest of the country. So how was Georgia, of all states, the first to start a program like this?

Perplexed, I decided to look into its history. After all, if I’ll be benefiting from it in the future, I should know who to thank. As it turns out, that person is former governor Zell B. Miller, the namesake of the more exclusive award within the HOPE program. But the more I learned about Zell, the more confused I became, as his track record as a politician from 1990 to 2010 is a bundle of contradictions. Let’s take a look at his time in office.

Zell B. Miller was elected as the 79th Governor of Georgia in 1991. By the end of his two terms, he had left an indelible mark on the politics of Georgia and the rest of the nation. While in office, he supported abortion rights, started educational reform through the HOPE scholarship, and appointed many women and minorities to state offices. Miller came into the national spotlight in early 1992 in his keynote speech at the DNC, famously tearing into Republican Vice Presidential Candidate Dan Quayle, saying,

“I know what Dan Quayle means when he says it’s best for children to have two parents. You bet it is! And it would be nice for them to have trust funds, too. We can’t all be born rich and handsome and lucky. And that’s why we have a Democratic Party.”

However, his speech went beyond simple attacks on Quayle, then-President George H. W. Bush, and Reform Candidate Ross Perot. This is where he began to hit his stride.

“My family would still be isolated and destitute if we had not had F.D.R.’s Democratic brand of government. I made it because Franklin Delano Roosevelt energized this nation. I made it because Harry Truman fought for working families like mine. I made it because John Kennedy’s rising tide lifted even our tiny boat. I made it because Lyndon Johnson showed America that people who were born poor didn’t have to die poor. And I made it because a man with whom I served in the Georgia Senate, a man named Jimmy Carter, brought honesty and decency and integrity to public service.”

I would strongly encourage you to watch the address in its entirety. To listen to Zell’s Appalachian twang resonate through the vastness of Madison Square Garden; to hear it crescendo as he begins to shake a clenched fist; to feel the same pride that he emanates and be truly moved. It’s easy to see why this moment gave new life to Bill Clinton’s campaign. He surged in popularity and people once again had hope in the Democratic Party. Paul Begala, Clinton’s chief strategist in the 1992 race, said recently that we “might not have had a Bill Clinton presidency without Zell Miller.” He spoke from the heart, and it made all the difference.

Reading about all of this gave me an image of Miller as a loyal hero of the Democratic Party. And in the 1990s, the was pretty close to the truth. To characterize him in flattering terms, he was a fiery working man who brought education reform to the South, did his very best to lift people out of poverty, and inspired the country to vote overwhelmingly for Clinton in ‘92. Accomplishing all of this in just 10 years is pretty incredible. However, in the late 90s, a switch was flipped, and the undoing of Miller’s stellar legacy began.

In 2000, a year after finishing his second term as Governor, Zell was appointed by his successor, fellow Democrat Roy Barnes, to replace the late Senator Paul Coverdell after his death. Miller’s popularity fueled his easy victory in a special election race to keep the Senate seat, and the peculiarities of Zell’s political career began to appear.

During his three-year stint in the Senate, Miller walked right across party lines, supporting tax cuts, pro-life policies, and drilling in the Arctic National Wildlife Refuge, which his close friend and ally, former President Jimmy Carter, had ardently campaigned against 25 years earlier. Although he remained a Democrat, he did so only in name, publishing books and giving speeches that vilified the party as left-wingers who were out of touch with normal Americans. In the most infamous speech of his life, he endorsed President George W. Bush and attacked Democratic candidate John Kerry at the 2004 RNC. Yes, you read that correctly: A Democrat gave the keynote speech at the Republican National Convention.

This was the defining moment of Miller’s national legacy. In the digital age, the speech and following interviews swept across the country, overturning the public image that he had cultivated in the ‘90s. The very same Jimmy Carter that he had praised 12 years before sent him a two-page letter, saying,

“Zell, I have known you for forty-two years and have, in the past, respected you as a trustworthy political leader and a personal friend. But now, there are many of us loyal Democrats who feel uncomfortable in seeing that you have chosen the rich over the poor, unilateral preemptive war over a strong nation united with others for peace, lies and obfuscation over the truth, and the political technique of personal character assassination as a way to win elections or to garner a few moments of applause. These are not the characteristics of great Democrats whose legacy you and I have inherited.”

I, for one, would curl up into a ball and die if Jimmy Carter felt so much as slightly disappointed in me, so one thing is particularly clear to me here: this is the point where you back down. When one of the kindest, most generous presidents in our history sends you a letter of condemnation, you reevaluate your decisions. This was not the course of action that Zell took. He stuck to his guns and did things like… challenge MSNBC host Chris Matthews to a duel. Interesting.

Fortunately for Carter and the Democrats, media gaffs like this largely ended his public life and he removed himself from the limelight, except for occasional endorsements of candidates from both parties. Although out of the public sphere of politics, Miller still served on the board of the NRA, criticized the removal of prayer in schools, and attacked same-sex marriage.

This irreparably alters the hillbilly-in-shining-armor image of ‘90s Zell. In his curmudgeon years, he stood against almost everything that I believe in, yet the feeling of pride and hope that his 1992 address evoked hasn’t changed a bit, and I can’t put my finger on why I still have so much respect for him.

Am I subconsciously separating his earlier career from his later life, telling myself that it was a different Zell? Maybe. But isn’t that what we do for all politicians in our history? Even FDR, Miller’s hero, pushed Japanese internment. Having historical political idols doesn’t mean imitating them, it means acknowledging their faults and doing better. Zell’s legacy, like FDR’s, should show both their successes and failures.

What I’m trying to say is this: as a Georgian, I would hate to see Zell remembered only as the inconsistent firebrand who sparred with journalists in interviews. For me, as well as countless other young people in my state, he is a hero. After all that he has given to us, I feel obligated to make sure that the entire country, not just the state of Georgia, remembers the good he did in his prime, not just the seemingly misguided actions of his later career; that it remembers him as Zell Miller, a friend of the working man, an advocate for youth, and a defender of education.

And although it doesn’t seem like it by the way he finished his life in politics, I like to think that Miller never stopped believing what he said later in that often-overlooked 1992 address.

“But what of the kids of today? Who fights for the child of a single mother today? Without a government that is on their side, those children have no hope. And when a child has no hope, a nation has no future.”