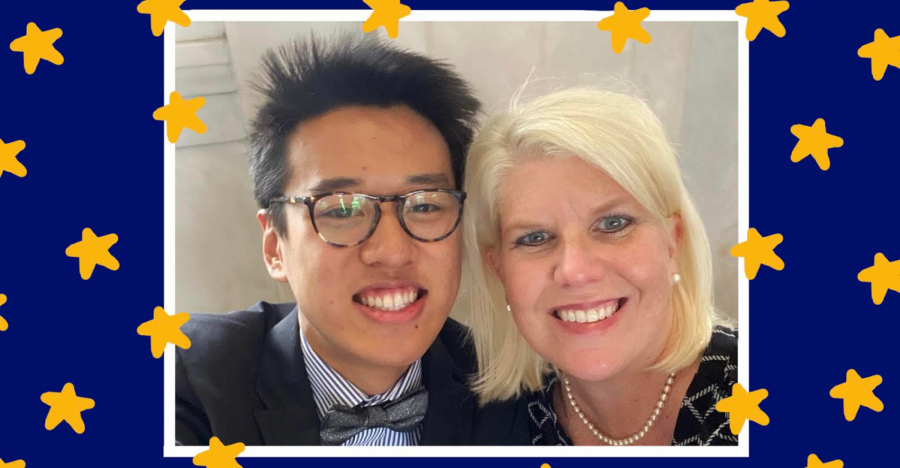 Each year, a senior at Chamblee is awarded the honor of being chosen as the school’s STAR Student. This year’s STAR Student is Ethan Shi, who is also a varsity basketball player as well as member of National Honor Society and International Club. Shi secured not only the school award but also the regional award for DeKalb County.

“For the school STAR Student award, the criteria was very straightforward: the student with the highest SAT score [in one sitting] in the class wins the award. However, for the county award, I believe multiple factors such as score, GPA and your STAR teacher recommendation were factored in,” said Shi.

Shi scored a 1580 with a perfect 800 score on math and a 780 on evidence-based reading and writing. In addition to the STAR Student award, he was also granted the 2020 Mr. Alfonzo McDonald scholarship for having the highest single-take SAT score in DeKalb County.

“I would recommend taking as many practice tests as you can so you can get a feel for what the SAT comprises of and how you need to manage your time to maximize your score,” said Shi, on strategies he used to prepare for the test. “Personally, I took a four-week summer SAT class and signed up for the first SAT test date after the class ended.”

Despite his success on the SAT, Shi was caught off guard when he was announced as the award recipient, but was thankful nonetheless.

“I was both surprised and honored when I found out I won,” he said, “The award shows that my hard work had paid off, and I’m extremely grateful for the opportunity to represent Chamblee.”

“I’ve had Dr. [Isserstedt] for three years now and I have enjoyed her class each and every year. Choosing her as my STAR Teacher was a no-brainer. She always manages to incorporate valuable, real-world skills in her classes while also keeping the daily lessons interesting and interactive,” he said. “Her classes have pushed me [to] present my best work and taught me valuable life lessons. Dr. [Isserstedt] has always made herself available whenever I needed help or advice and her positive attitude and sense of humor never fail to brighten up my day.”

Isserstedt, who has witnessed Shi’s growth as a student over the years, was honored to be chosen as his STAR Teacher.

“Ethan has matured a lot over the three years, but he has always been a very curious and hardworking student and I have enjoyed watching him in different classes—I’ve had him both for English and for Capstone,” she said. “I have just been excited to observe his success over the years and look forward to seeing what he does in the future.”

In college, Shi is looking forward to studying pre-med.

“I plan on majoring in Cell and Molecular Biology on the pre-med track in college and then applying and hopefully being accepted to medical school.”