Getting Through Quarantine, Page by Page 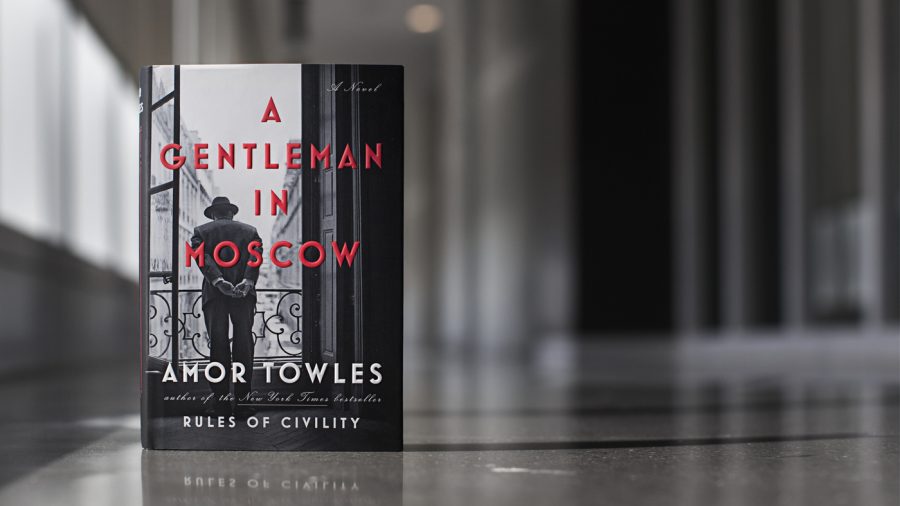 A Gentleman in Moscow by Amor Towles

Last week, the Blue & Gold staff wrote about its top shows to binge during our indefinite time at home. However, as we finish our second week in self-quarantine, I’ve become tired of watching episode after episode. The guilty feeling that comes with confirming that yes, Netflix, I am still watching Ozark, has only grown. Yes, I know it’s been 4 hours and no, I don’t plan on stopping. The condition was certainly not improved by the burning sensation that accompanied switching straight from half a day of virtual learning to a few hours of Netflix.

Now I know what you’re thinking, but this isn’t a lecture about getting outside or learning to do things like your parents did when they were kids. I’m a “screenager” and proud of it, but I decided, after much deliberation, that it was time to read a book.

One book, in particular, popped into my head almost immediately due to our current circumstances: my personal all-time favorite, A Gentleman In Moscow, by Amor Towles. Towles’ masterpiece follows a young, highly cultured, well-mannered Count by the name of Alexander Rostov in Russia during the first half of the 20th Century. Now, if you know anything about Russian history, you can probably imagine the danger he was in, as a member of the aristocracy in that time period.

The book begins with his trial in 1922, just after the conclusion of the Russian Civil War. He is accused of being complicit in the oppression of the proletariat (indirectly, he was), but is partially vindicated by his support for a revolution 15 years earlier. Thus, they give him a lighter punishment. Instead of being shipped straight to a Siberian gulag, a fate suffered by millions of others, he is sentenced to live under house arrest in the posh Metropol Hotel, smack dab in the middle of Moscow. Now, that doesn’t seem so bad, does it? Retiring at 30 to eat caviar from the Caspian Sea for the rest of your days sounds fantastic to me. However, upon arriving at the hotel, he finds his suite completely empty. His elaborate, artisanal furniture, all gone. The few possessions he is allowed to keep are stuffed away in small, dusty rooms in the attic, where he must spend the rest of his life. It doesn’t sound so fun anymore, does it?

For the next 30 years, we watch Alexander’s personal battle against the walls of the hotel. He expands the halls beyond what a simple guest might see; he meets and entertains all of its tenants, from Red Army generals to the curious children of politicians; he reigns as the only bastion of permanence in an ever-changing hotel, in an ever-changing city. To all those who pass through its amazing ballrooms and luxurious atriums, the Count is a friend, a mentor, a servant, an advisor, and above all, a gentleman.

No less enthralling than the story itself is the way in which Towles tells it. The Count doesn’t spare a single detail, sometimes to a fault. Every single inch of the hotel will be seared indelibly into your mind, from its glass-ceilinged Piazza to its cozy little bar, from the cramped attic quarters of the count to its most lavish suites. However, this sometimes-beautiful, sometimes-irritating form of writing is a fantastic characterization of the Count himself. Every description, from the most captivating to the most inane, is a little bit pretentious, yet charming just the same.

Now that we’re all stuck inside with little knowledge of what the future holds, I firmly believe that some of Alexander’s philosophies could come in handy. At the very least, A Gentleman In Moscow is a quick escape into another world filled with the witty dialogue and quirky mannerisms of a loveable cast of characters.