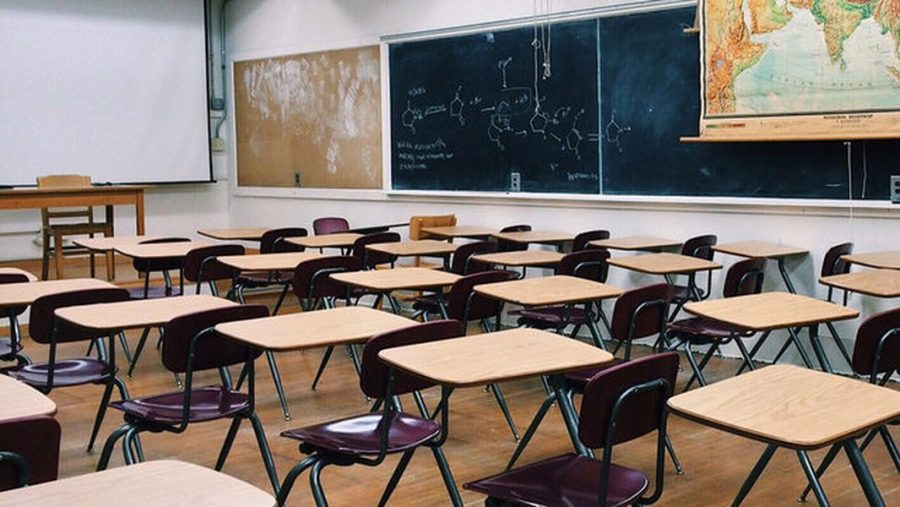 “I don’t remember it vividly at all. It’s not a particularly riveting experience, and I didn’t expect to be a Semifinalist before taking it,” said Samantha Hopper about taking the PSAT her junior year.

Every year, the junior class is offered an opportunity to take the PSAT. While “PSAT” stands for “Preliminary SAT”, the test is much more than just a practice exam for juniors—with the potential to win a National Merit scholarship.

The National Merit Scholarship is a private academic scholarship competition that started in 1955 and has since given out hundreds of thousands of scholarships. Semifinalists are chosen from those who take the PSAT their junior year based on a statewide score cutoff. This year, Chamblee had 12 Semifinalists: Mary Adam, Carson Ankeny, Catherine Cossaboom, Lila David, Samuel Grant, Samantha Hopper, Rachel Lee, Sophie Maxwell, Abigail Starr, Claire Turney, Sam Wondsen, and Megan Woo.

Taking approximately three hours, with sections on reading, grammar, and math, many students find the testing process too long, boring, or even draining. Some, like Mary Adam, had to test during the Senior Breakfast.

“I was so hungry. During the entire test all I could focus on was that the seniors were downstairs having the nice Senior Breakfast and I was stuck testing. I honestly was not excited for the test and I didn’t go into it expecting to do well at all.” said Adam.

Others weren’t worried about the PSAT, viewing it as just another standardized test, that so happens to come with the added bonus of the meme culture surrounding it.

“I vaguely remember taking the PSAT last year. I definitely felt overconfident. My mom (and teachers) kept trying to impress upon me how important the test was, but I was just looking forward to the PSAT memes. I literally remember reading one of the story “reading” sections and laughing at the absurdity of the prompt, but I don’t remember what it was,” said Claire Turney.

While the PSAT determines who is eligible for becoming a National Merit Semifinalist, many students only learn about the scholarship right before taking the actual test.

“The past two or three years at Chamblee, I’d heard that there had been National Merit Semifinalists and I guess I never really made the connection that your PSAT score was what qualified you for that. Most of the actual knowledge I gained about it was in the two-week period or so before the test,” said Sam Grant.

After the College Board reveals the Semifinalist list, those who qualified can begin the application process to become a National Merit Finalist. Semifinalists will learn about their Finalist standing in February.

“We already submitted applications around the end of September where it was just some personal information about yourself like your interests [and] some top picks in terms of schools you’d like to go to, and we also have to compose an essay roughly the same length as something on the Common App,” said Grant. “It was around 3500 characters. There’s just a specific area on a sheet of paper that you can only take up so much of. After that the counselor submitted our applications to the National Merit Organization and we will [eventually] be hearing about who moves on to the next round of scholarship qualification.”

While proud of the accomplishment of qualifying, some Semifinalists feel that it won’t mean much for their college applications.

“I know especially a lot of the more competitive colleges really like to do a holistic review, so I don’t think it’s [going to] insanely skyrocket my application or anything. I know they care about a lot more variety of things than just like your test scores and the PSAT is really just another test score. I think it doesn’t really show much beyond that I test well.” said Abigail Starr.

Others find the fact that the title comes from a standardized test to be a weird part of their application but think it will help them nonetheless.

“Personally, I’m not that big of a fan of the PSAT. So, I think that saying that I’m a National Merit Semifinalist is a little bit weird, but I do know some people that work in college admissions and apparently, it’s very big there. So it’s a nice thing to have on my resume. I personally think it’s kind of weird, but employers and colleges might not see it the same way,” said Grant.

Finalists of the National Merit Scholarship receive both the title and some scholarship money, depending on the school. However, many agree that the colleges they’re looking at give either no money or just a small scholarship. While they are happy to receive any money they can for college, the scholarship doesn’t necessarily pave the way for any college in America.

“I think any scholarship is appreciated. As a Semifinalist, there’s around a 50% chance I will earn a scholarship at this point. If the scholarship comes in, it will be up to $2500 max. That’s pretty great, but it’s not like ‘Wow! Suddenly I can consider the most expensive college on the planet!’ It’s nice, but I feel like the accomplishment is more something for my resume than a major fiscal incentive,” said Turney.

“For the PSAT specifically, just treat it as though you would the SAT. The style of writing that they use in the questions is virtually identical. It’s just that the PSAT has somewhat easier topics on it,“ said Grant.

While some teachers take time out of their classes to review before the PSAT, many treat test prep as something you should do in your own time like the SAT or ACT. Some Semifinalists like Starr chose to hire tutors instead of relying on classes to review for the PSAT.

“I had my actual SAT scheduled for later in October and then again in December, so I had a SAT prep tutor from summer to November. So it just kind of worked out really nicely that while I was also studying for [the SAT], the PSAT was right in the middle,” said Starr.

For those looking to boost their test scores in hopes of qualifying for the National Merit Scholarship, Grant suggested using a book called the SAT Prep Black Book.

“In the way of actual test prep for both PSAT and SAT, I would say two things. One, if you have access to it, check out something called the black book. It is without a doubt the best test prep book I’ve ever read. It sort of breaks down the way the College Board motivates their tests, which leads me to my second point: [only use] practice tests from the College Board, even though a lot of companies like Princeton will have practice tests available to you,” said Grant.