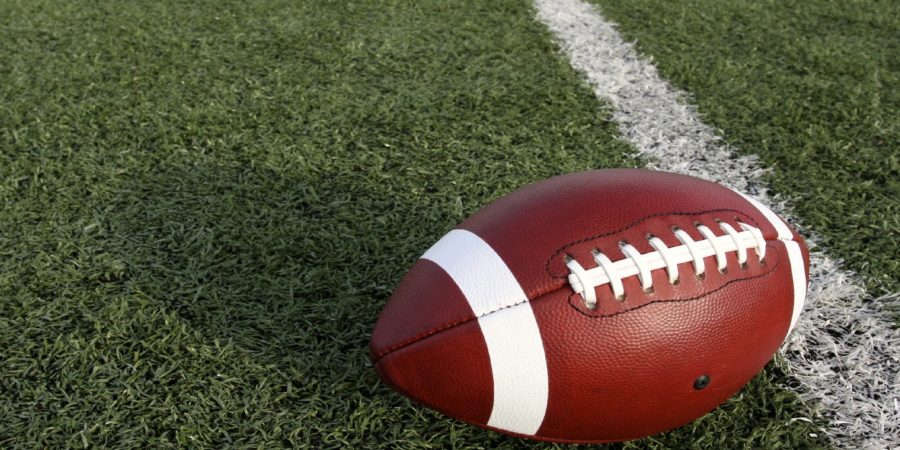 The Chamblee Football Team has been off to a great start this year. After a few rough years, the team began the 2020 season with a 4-1 record, including a thrilling win against Dunwoody. This is made all the more impressive when considering the general accommodations and precautions that have been brought about by the coronavirus.

“We have temperature checks before practice,” said Coach Scott Schwarzer. “The kids have to complete an online Google Form. They have to answer questions related to COVID-19. We have to sanitize and make sure that we are constantly maintaining social distancing at all times. It’s been a challenge. We have to be more organized in how we deal with things on a daily basis. If you come to our practice, you’ll see us with cones six to eight feet all over the place for the kids to stand on. We do expect them to wear masks when they aren’t involved with a drill.”

The ongoing pandemic also affected how often practices could be held.

“The entire offseason has really been different with COVID,” said Coach Micheal Freeman. “We haven’t had to have spring practice. We weren’t allowed to do summer workouts for all of June. We were able to start doing some things after July 4th week. Summer was really limited, and then with games being pushed back until October, it’s really kind of thrown things off for the season, but our players have done well to overcome those challenges and start the season off well.”

Even once practices had started back up again, there were a few inconsistencies.

“There were a couple times where people on the team had scares with positive tests or whatever,” said quarterback Finn Allers. “They were around somebody that caused practice to get cancelled for that day. We missed a good portion of practices that we needed. Yeah, we definitely felt out of sync for the first couple weeks.”

The difficulties have resulted in some players not returning.

“We have had a couple of kids opt out,” said Schwarzer. “A lot of the incoming freshmen have opted out because of it. We don’t have as many freshmen as we’d like. It’s understandable. It’s serious. My wife’s a type one diabetic and my daughter has severe asthma so it’s definitely concerning, but at the same time, take precautions the best you can and continue to live your life with those precautions, wearing a mask, washing your hands, social distancing and do everything you can to ensure you are as safe as possible and keep the kids safe.”

In accordance with safety procedures, crowd sizes have been limited during games. This has had a noticeable effect on the atmosphere.

“Well, away games we never get a huge turnout of people,” said Allers. “So, I wasn’t really surprised by that, but when we played Dunwoody, usually it’s packed. The student section goes at least halfway up the stadium on both sides. This year, I think we were only allowed 350 people from each side, so it was definitely really quiet.”

Even with crowd restrictions, there was plenty of energy going into the rivalry game.

“It was definitely loud on Friday,” said Schwarzer. “Dunwoody and Chamblee is a big rivalry and you could definitely tell that people were excited to be at the game and it was exciting for us to get a win over somebody we haven’t beaten in eight years.”

Allers believes that the final game of the 2019 season – a nail-biter homecoming win against Miller Grove – lit a flame under the team this year.

“After winning the last game in however long last year, everybody came out of that with a different attitude,” he said. “Before it was ‘We can’t win, we’re Chamblee’, but now it’s more of a ‘We can win. We’re going to win.’ and that’s definitely carried over to this year…..As someone who’s been on the team for the last four years and lost a lot of games, winning the first game of the season was great, because it proved that it wasn’t just a one time wonder last year. Beating Dunwoody kind of secured it for all the seniors, because that’s the first time that we’ve ever been a part of that. That win probably meant more to us then any other win we will probably get for the rest of the season.”

For a program that has struggled in recent years, the recent success has been encouraging.

“Obviously, I take pride in what we do, but it’s really about the kids,” said Schwarzer. ”These young men have, especially in these times during COVID and especially the senior class, really experienced some negative things from what I understand, before I got here with the football program. Just to see them have success is really exciting. They’re an extension of my family. I spend more time with these guys then I do my own family and I love them all. I have high expectations. Just to see the joy on their faces right after we beat Dunwoody, it was almost like winning a state championship game. Just to see their excitement was awesome.”

The strong start has also provided a general sense of confidence for the team, but the players and coaches have not begun to rest on their laurels

“[Wins] are great for our kids and great for our program,” said Freeman. “I think, whenever we have some success, it helps people to be able to see we are doing some things right. We are doing some things different than what’s been done in the past. I think our kids are finally at that point where they are able to see some of those successes and enjoy some of that. Now, the first couple wins have been great. Now, it’s just getting our program to see it to the next level, to continue it, not to be satisfied with what we’ve done so far, but to continue to win more games and to always expect to win games in any competition. “

A lot of the team’s development has come from the individual efforts of its members.

“We played a lot of young kids last year and this year they showed a lot of development,” said Schwarzer. “We had a great offseason prior to COVID in the weight room and just tried to continue to build our strength and get in shape. It’s been great. Our kids have responded really well and it’s just a big difference from where we were last year in overall level of play.”

This work is particularly impressive against the backdrop of coronavirus and uncertainty surrounding the fate of the season.

“Our kids have just kept on working and kept showing up to practice and kept wanting to get better and bigger and stronger,” said Freeman. “That’s something I’m super proud of, just how hard our kids have worked through this. Even in the face of adversity, of not knowing whether we’re going to have games or not, they kept showing up to practice. Back in August, there were a lot of question marks of if we’re going to play games or not and they kept showing up, ready to work, ready to get better every single day and that’s really helped us out.”

Even with all the work they have put in, players and coaches believe that the sky is the limit.

For Schwarzer, development doesn’t just mean improving on the field. He wants the players to learn lessons they will carry with them for the rest of their lives.

“It’s just continuing to develop a mental toughness and developing our young men to be quality individuals,” said Schwarzer. “That’s the number one goal for or program. We want to win football games but we have a bigger role. We want these men to be good fathers and husbands, citizens, brothers, etc.. and just be good people in the community. So we are going to continue installing those values during the season, hard work, commitment, getting along with people who don’t look like you, especially in these times. Diversity is important and so is tolerance.”

Without a dominant legacy in his Chamblee football career, Allers is also looking to the future. Like Schwarzer, his focus has shifted to leaving a mark on what it means to be a part of this team.

“My hopes are that, one, we can win out from here on out, but also that our class can leave a foundation for the classes that are going to stay here and keep coming through the program,” said Allers. “Just, establish an atmosphere that we want to win and are going to win.”