‘The Queen’s Gambit’ Is a Sports Series for All 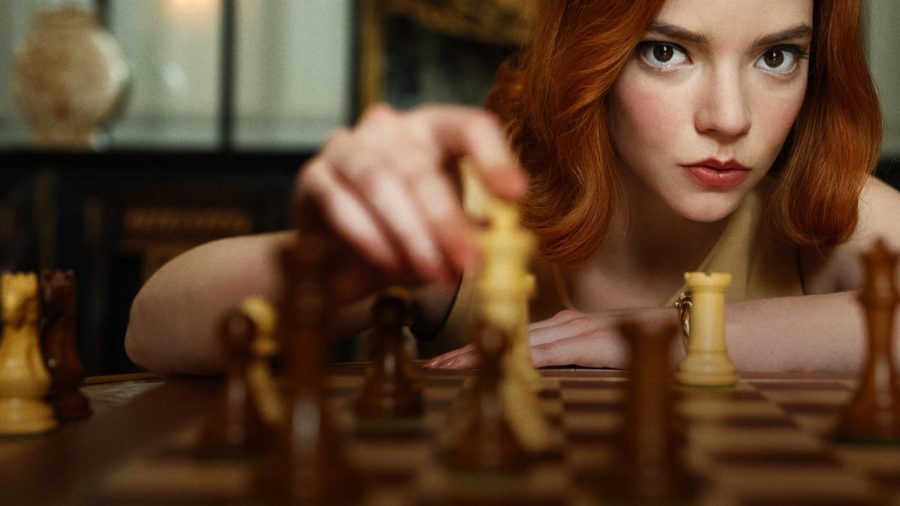 In a year often written off as a loss, it’s refreshing to watch people win, especially if those people are orphaned prodigies with a taste for opiates.

Premiering in October and starring Anya Taylor-Joy as a child chess prodigy (known for her use of the titular opening), The Queen’s Gambit is certainly far from a typical sports drama. But in the sense of watching a gorgeous story of hard work, ambition, and pure talent, the series is a prime example of how rewarding it can be to respect a genre’s formula.

Gambit follows Beth Harmon, an orphaned daughter of a (likely mentally-unstable) Cornell mathematics professor and an emotionally distant father. After the death of both of her parents results in her placement into a girl’s home, she quickly falls deep into the world of chess competitions and the oppressive gender roles that come with it.

Although not based on a true story, the show’s Cold War-era setting gives it the class and poise of a historical drama, as well as a certain pressure on Beth’s success as a chess player being closely tied to American competition with Russia. And despite being only seven episodes, the series does a stellar job at depicting these issues, both in writing and visuals. The sets, costumes, language, and even score all contribute to themes of social inequality, addiction, and success throughout the story, making each episode unique in its choices of how to depict each character over an extended period of time.

In this regard, Gambit provides what many audiences fail to find in a typical prodigy narrative: a complex main character. Beth is what many viewers, especially young women, have been waiting to see on television. She is, at times, moody and arrogant, but at others timid and kind. Her emotions are logically connected to the struggles and successes she endures, even if that makes her occasionally unlikeable.

Never, though, will you find yourself rooting against Beth. Brilliantly acted and excellently written, Taylor-Joy’s Harmon is a character that is sure to stick with you. And though it may be disappointing to praise a well-written female’s arc, even in an unparalleled climate of representation, the sheer amount of content being released can sometimes make it feel a bit difficult to find oneself on-screen.

Similarly, something that truly makes this series stand out is its audience inclusivity. Although primarily focused on the game of chess and the way it impacts the characters, every moment is enjoyable without knowing anything about chess. There are no plots that need prior knowledge, no calling on viewers to pause and Google something. Instead, you’re left to focus on the suspense and excitement of a game rooted in patience and wit.

A perfect mix of lighthearted joy and thought-provoking depth, The Queen’s Gambit is certainly one of the best miniseries releases of the year. It demands your full attention and trust but returns an experience for viewers as difficult to beat as a chess prodigy herself.