The Nonprofit Bringing Music to the Incarcerated: Meet Musicambia 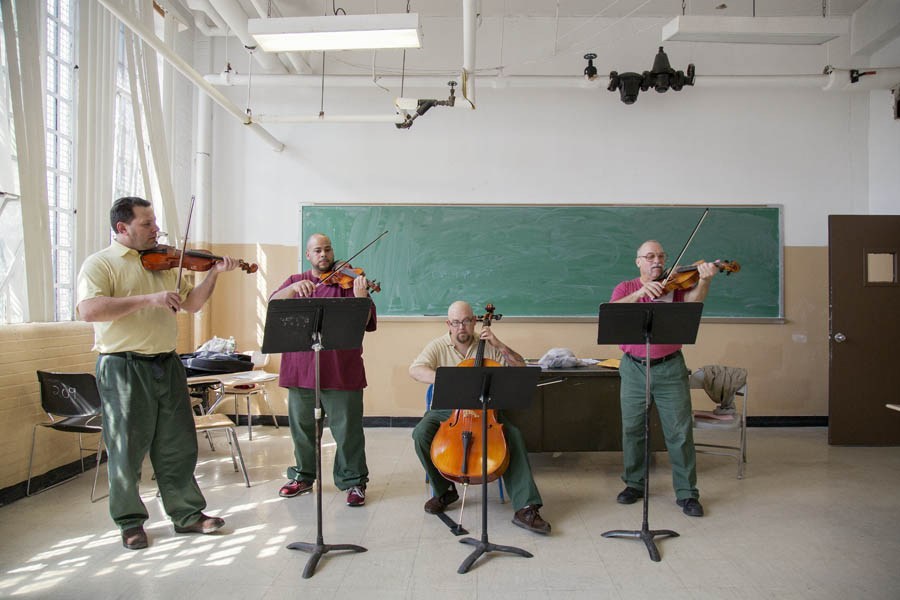 As we near the end of December, many end-of-the-year events come to mind, but one event you may not have heard about is an online music festival hosted by the nonprofit Musicambia. The event will occur on December 15 at 7 pm EST, and it will involve conversations with author and museum curator Nicole Fleetwood, award-winning journalist Marcia Biggs, and folk-rock legend David Crosby, as well as many musical performances.

Chamblee’s newly-formed Tri-M chapter, led by Co-Presidents Megan Woo, Rachel Lee, and Nate Kite, is eager to spread the word about this coming event, and Woo is especially inspired by Musicambia’s socially motivated and change-making platform.

“Musicambia is an organization [whose mission is] to create social change and work with incarcerated individuals,” said Woo.

Musicambia uses music to transform the lives of the incarcerated, building connected communities at facilities across the country, through music learning and ensemble performances, and seeking to humanize the justice system. Through their work, the organization teaches individuals to build both their performance skills and their self-confidence, gaining purpose that allows them to rebuild their lives.

“I think anyone who is interested in the current social climate of our country [should come] because the themes that they will be talking about are really relevant to today,” said Woo. “I think it’s a really great opportunity for anyone who’s interested in how incarcerated individuals are treated, the stigma surrounding [prison] and how it can be broken, and how art plays a role in [changing] that.”

Nicole Fleetwood, Marcia Biggs, and David Crosby will bring diverse experiences to the event. Fleetwood is a Professor of American Studies and Art History at Rutgers University, New Brunswick, best known for her book and exhibit, “Marking Time: Art in the Age of Mass Incarceration,” and Biggs is a freelance journalist reporting on international conflict and humanitarian crises from the Syrian Civil War to the Central American migration crisis. Crosby was inducted into the Rock and Roll Hall of Fame twice, for his work with his bands Crosby, Stills & Nash and The Byrds. You can learn more about the speakers here.

“It is very interesting to see what each individual is working on, what they are studying, and what they want to share at the event,” said Woo.

Musicambia has a lot in store when it comes to music as well.

“I’m excited to hear the performances. They have Musicambia alumni playing […], so I’m guessing they were either previously incarcerated or are currently incarcerated, and I think [these performances] will be really cool to hear,” said Woo.

To attend the event, all you have to do is register at this link.

“It’s actually a free event. It’s open to anyone,” said Woo. “They are [accepting] donations, and I think they would really appreciate that, but it’s open to the public and anyone can go at no cost.”

Overall the event isn’t something you will want to miss out on. With so many more perspectives than you often see in the media, it represents a genuine way to connect with a larger community.

“I think this is a really good opportunity for people to attend because it’s something bringing together a bunch of really relevant themes,” said Woo. “It’s a really great opportunity for people to learn about different aspects then we’ve been hearing about, because in the news there’s a lot of focus on systemic racism and how that affects the justice system, and I think it is a really interesting perspective to look at this through more through the lens of art.”