Freshmen in the Building, a Trial of Normalcy 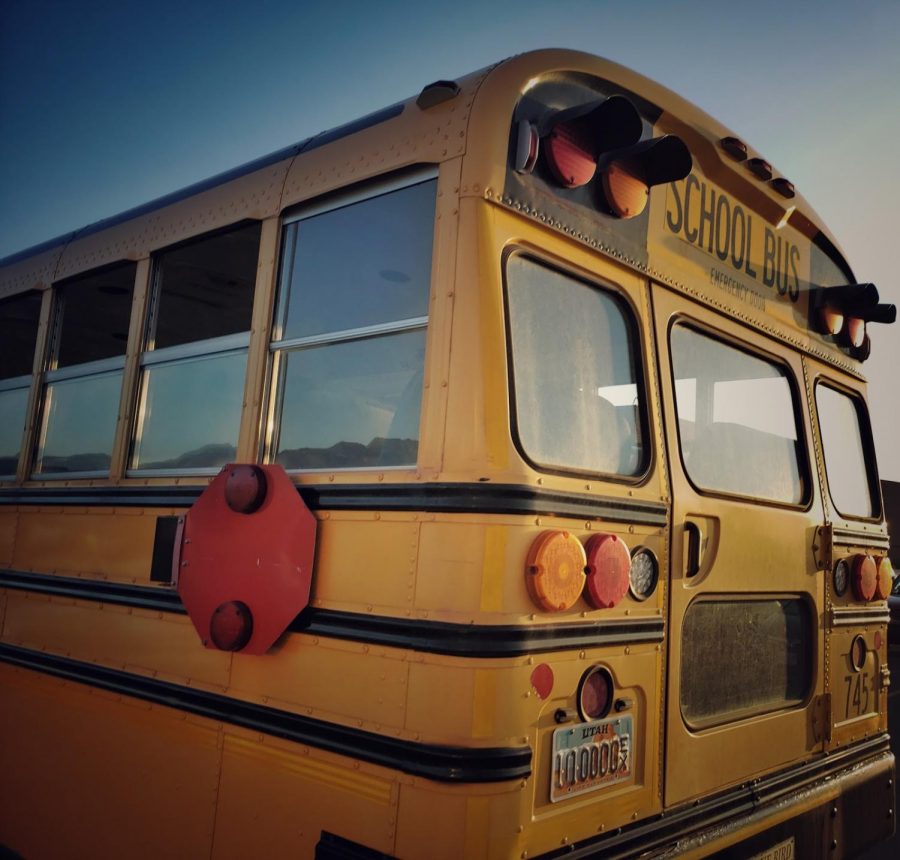 On March 9th, 2021, after nearly ten months of adapting to the ins and outs of virtual classes, freshmen were allowed into the building for the first time in their high school careers. Breaking the groups up into Cohorts A and B based on last name allowed the teachers and the students to readjust to pre-pandemic education. Whether they decided to go back or not, most students agree that they are getting tired of virtual schooling.

“I didn’t really like it that much,” said Mayers. “It was kind of difficult to focus and stay on track with things, because I was just at home all the time.”

Even students who opted to remain virtual, like Lauren Brenner, do not find the situation ideal.

“I don’t like how long the day is,” said Brenner. “It feels longer than if we were there. I wish I could go see the school. I’ve never been inside.”

Many students who decided to go in person felt like their level of concentration in class would increase when they were face to face.

“[I switched] because I haven’t been able to exactly interact with people for over a year,” said Gero.

Although the general consensus on virtual school is negative, numerous freshmen decided to remain home for a multitude of reasons, including convenience and safety.

“Well my dad works from home,” said Brenner. “He doesn’t work from home but like his office is closed because of Covid. So it would be easier. I just didn’t really want to risk [going back to school] to be honest. It seems to me that it’s the same. Also, I get to sleep during that break between fourth and sixth period, which is nice.”

Luckily, the freshmen are mature enough to not judge their friends and classmates for their choice to go back in person or not.

“A lot of my friends stayed virtual and I don’t blame them because we’re still in the middle of a pandemic, but I do kind of wish they would come back because I want to see them,” said Mayes.

Even if they have a friend who is going back, most students remaining virtual understand that it is a personal decision and that they don’t have a say in their friend’s choice.

“I feel… I don’t know,” said Brenner. “They say it’s weird. It doesn’t really affect me to be honest. It’s what their parents think is best. I’m not your mom.”

Since this is their first time in the building, most freshmen have not truly felt like high schoolers all year.

“I don’t know,” said Mayes. “I kind of felt the same. […] I kind of just felt weird because I didn’t feel like I was in school the whole time.”

Those remaining virtual have only movies and TV shows to look to for high school experiences in lieu of their own.

“I had this expectation last year, before quarantine obviously, that I’d like, make out under the bleachers and get pushed into lockers, and that’s not happening obviously, well not that it would happen anyway, but you know,” said Brenner. “Just like in the movies, it’s not really relatable I guess, and it’s even less so now that we’re online, so it doesn’t make me feel like a high schooler.”

Like most first days at a new school, it was a bit of an adjustment.

“It was good,” said Mayes. “It was a little scary at first because I didn’t know where I was going, but once I figured that out it was fine. Nothing really happened. After we finished our work we kind of just sat in class, but it was fine.”

A lot of students have enjoyed their brief time back so far.

“First week back, it’s been pretty nice,” said Gero. “The first day, it was a really good transition. It’s definitely better to be back in the building [and] to somewhat get yourself familiar with it. I have to say I’m pretty impressed. They handle it pretty well, but I feel like maybe a little more than four people in each class [would be] nice.”

The safety procedures appear to be strictly enforced.

The majority of students who returned to school felt safe while in the building.

In-person school has lived up to most people’s expectations, with only a few surprises.

“The only thing that really surprised me was that the classes felt a lot longer because after the Zoom class was over we had to stay in the classroom and do nothing,” said Mayes. “In some classes, we were allowed to [be on our phones] but then in other classes teachers were like, ‘No phones,’ so we just kind of sat there.”

In-person students have had to adjust their schedules to fit their new reality.

“I had to wake up early which I did not like,” said Mayes. “It was just weird. It felt different because we weren’t allowed to use lockers or anything, and in middle school we were using lockers, so it just felt different. And lunch was different because we had to split up and I didn’t really like that because I didn’t have that many friends in my lunch. I liked that the classes were smaller because I felt like I could focus more with less people there.”

But for those remaining virtual, they can stick to the same routine they have had for the past year.

“I’m going to be honest, I spend most of class on TikTok,” said Brenner. “It’s kind of hard because, I don’t know, they feel the need to do so much in their time that they have with us that I assume that they wouldn’t if we were normal. I actually eat breakfast now; I didn’t do that before. I wake up like two minutes before class. I stay in my pajamas. I don’t really pay attention. I have nothing to compare it to.”

Even though the school year is almost over, freshmen who decided to remain virtual are limited to looking forward to experiences instead of living them.

“[I’m looking forward to] seeing the school, definitely,” said Brenner. “Yeah, it looks huge. Everyone tells me that you meet so many new people, not that you lose, but you kind of separate from your friends. So I’d like to see if that’s true. Like, I like my friends but I’d like to meet new people because I also don’t have a lot of friends, I’m going to be honest, so new ones would be good. When you come from a new school you get to start over, kind of. I feel like I don’t really know many people who go to my school anyway, so they wouldn’t really know me, so they could like me. I don’t know.”

Those who decided to go back have experienced a separation between home life and school life that has been absent for more than a year.

“Now that I’m like, in the school building I can tell there’s a really big difference,” said Mayes. “I can tell that I can do work better. I can focus more when I’m in the classroom rather than at home because at home I felt like it was the same thing every day. I can just tell the difference with how I’m working more and I’m getting more stuff done when I’m there and then when I go home I can actually get my homework done. It feels like a different environment.”

Unfortunately, for those remaining virtual, home life is still school life, which has led to the continuation of negative habits.

“I’m a procrastinator and it just like helps me do it,” said Brenner. “I feel like there would be more pressure if we were in school, so it kind of feeds my bad habits really.”

And unlike those returning to school, many of those remaining virtual have lost their motivation to complete school work.

“My only motivation was going to be that college is looking at this and what you do, but I think of it as, ‘Am I really going to college?” said Brenner. “I really want to go to college and my parents are those people that are like, ‘You’re going to college,’ but the future is really dark. It doesn’t really seem like it’s going it’s happen. It just seems like we’re on pause.”

Even though his time in person has been brief, Gero has a message for those considering returning.

“I’d say it’s worth it,” said Gero. “It’s just got the certain feeling that in person has over virtual. I liked the fact that you could somewhat interact with your teacher like, not virtually. It just feels better to somewhat be in the building.”

Mayers agrees and has found that returning has not been as scary as she feared.

Like most students who returned, Mayes is satisfied with her decision to return.

“Yes I am [satisfied] actually,” said Mayes. “I really enjoy being there and being in person. I am very happy with my decision to go back.”