They Created, They Submitted, They Conquered: Chamblee Students Win Big in This Year’s Art Competitions 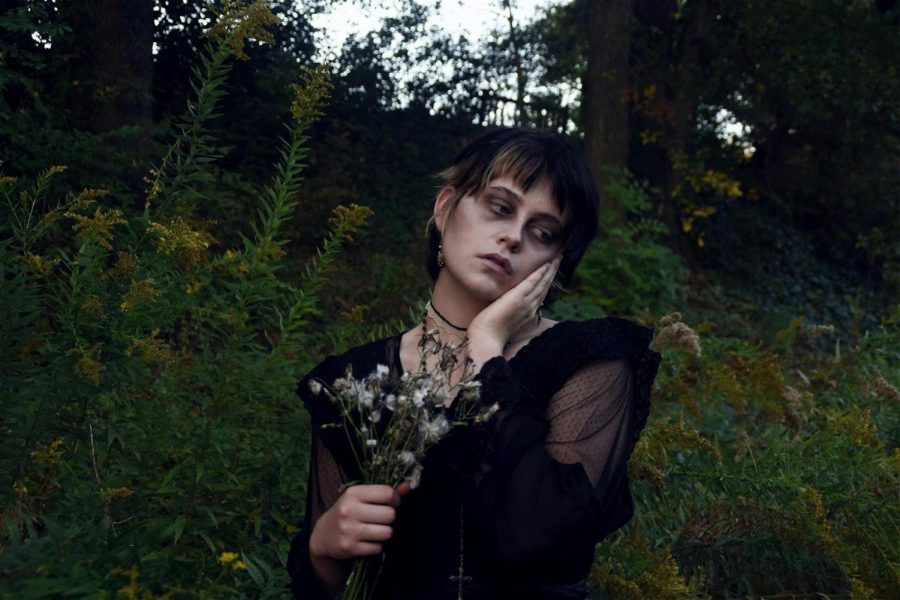 In a school full of intense work ethic and high achievers, it’s no surprise that Chamblee’s art students flourished in this year’s selection of art competitions. With a multitude of winners in events ranging from the Dogwood Festival to PTSA Reflections, Chamblee’s finest have proven time and time again that their creative endeavors are just as impressive as their academic ones. Chief among these artistic contests is the Scholastic Art and Writing Competition.

“It is the oldest and most prestigious national art competition in the United States,” said Kimberly Landers, one of Chamblee’s art teachers. “It is not easy to get work into, and is certainly huge on your resume to even have regional honorable mention. There were thousands and thousands of entries in the state of Georgia, and to be recognized amongst that group is a huge accomplishment. And there are famous artists and writers like Andy Warhol and Sylvia Plath, who won Scholastic Art and Writing medals when they were in high school. Not to mention, many others.”

Landers was excited when she found out that her students had placed in the competition.

“It’s one of the few competitions that every year we’re, like, waiting for the results to come in, because we do submit a lot of work,” she said. “It’s one of the few contests that does not have a limit to the number of pieces that the individual student can submit, so we encourage everybody to submit everything that they can. And we were just thrilled with the results of the competition this year. We had gold key portfolios and we had several other gold key pieces. Pieces that receive a gold key in the regional competition are moved on to the national competition. And one of the photography students won a silver medal at national, which is phenomenal because if you take all the best from all the different regions all over the United States, and then compare them. That’s really tough competition.

Lucy Osborne, the recipient of the silver medal, was overjoyed when she heard she had won.

“I was really excited, because I didn’t think my photo was good enough to, you know, get an award or something,” said Osborne. “Looking back on it, I feel like there’s a lot of stuff that I could have done better. But I don’t know, I’m excited. I got a gold key, and then I got the silver medal, and I immediately told my mom.”

Like many artistic creations, the process was inspired by spontaneity.

“It’s a photo of my sister,” said Osborne. “We were at the cemetery for actually another assignment that I had in photography, but while we were there she got dressed and did her makeup and everything. So we decided, why not take other photos as well. We took this photo, and I really liked it, and I was like, ‘oh, okay, this can work. I can, like, submit this for this competition after some editing.’ So there wasn’t really any inspiration I guess. But I did sort of want to make her look like a corpse, and make the photo look really creepy.”

This wasn’t Osborne’s first soirée into the world of photography though. She comes by her passion naturally.

“My mom, she really likes to take photos,” said Osborne. “I guess I took after her. I’ve been doing this for a long time, like, years. I think I got my first camera when I was maybe nine or something.”

Happy with her award this year, but striving for more, she is planning on competing next year as well.

“Yeah, probably […] I’ll probably do it again, and this time aiming to actually get the gold medal,” said Osborne. “Yeah, get the highest one you can get, because I feel like it’d be fun.”

For many artists, winning isn’t the end all be all though.

Not everyone enters the competition in hopes of an award; many do it for the potential scholarships or the extra leg up in college applications.

“It’s the longest running program for creative teens,” said Landers. “[…] If your work [fits] certain criteria or certain themes, there are actually scholarships awarded. Again, if you are looking at a career in the arts, and you are interested in private art schools, this is definitely something that you want to have as some recognition that you have been trying. […] And you become kind of an alumni, and have a networking through Scholastic Art and Writing once you receive an award. There’s a bunch of famous alumni, which is kind of cool. Robert Indiana, the guy who did the love sculpture. He was one. Obviously you know, Stephen King; [documentary director] Ken Burns; Zac Posen, the fashion designer; Lena Dunham, the actress/director. Sounds like pretty cool company.”

The competition is not only open to current art students. Anyone can submit their work as long as they fill out the application.

“You just have to have original work,” said Landers. “They’re very very big on that, like, making sure that people are not just like, ‘I found this on Pinterest and thought it was cool.’ So originality is huge, especially any work that kind of blurs the boundaries between genres and changes our perception of how we normally see things. They’re looking for expert technical skill, and then emergence of a personal voice or vision. So that’s one of the reasons that it’s so tough, and that it’s typically juniors and seniors that have work that gets selected, because it does take a couple of years of art classes to get to that point where your work doesn’t look like everybody else’s. That you have a voice; that you have a unique style and a message. […] So anybody can submit. I did this year create a Google Classroom for competitions, so if people were interested in things, say if somebody goes to private art classes instead of taking our class here, they can still submit through us.”

The Scholastic Art and Writing Competition is not the only art contest Chamblee students have placed in, though.

“The Regional Art Stars is a DeKalb County recognition,” said Landers. “I don’t know how they select. I don’t know if they pick a person per school or whatnot, but I do know that we had several pieces selected. And one of our students was selected as best of Region One.

Nadia Cho, the Region One winner, was inspired to submit her art after hearing about it from her teacher.

“My art teacher, Mrs. Nguyen, asked me to select a few personal artworks that I’d like to send off,” said Cho. “Out of these submissions only one could be picked. I submitted my art to the competition because I saw this as a cool opportunity.”

Similar to Osborne, Cho was surprised to find she had won.

“I was really surprised when I found out I placed. Considering this piece wasn’t really a favorite of mine, it made me happy that other people enjoyed it.”

Cho is a fan of the competition and would advise other students to try out their luck as well.

“I would totally suggest other students to submit their own works,” said Cho. “It’s a lovely competition and is quite fun to see different art works made by people in the same district as you.”

As previously mentioned, there are numerous art competitions each year, and Chamblee students placed in all the ones they tried out for.

“We had 12 pieces get into the Dogwood Festival,” said Landers. “The Dogwood Festival is a separate entity than the high school exhibit that happens there, but we always just call it the Dogwood Festival show for short. And it has been going on for over 20 years as part of a Dogwood Festival in Piedmont Park, and it is one of the best high school art shows ever. They do a really good job selecting. We were thrilled. I didn’t count entirely, but it kind of looked like we have more pieces than any other school. So that show, I believe, they’re planning to be virtual, and same with Scholastic. Normally these are big. We would have already been to receptions for all of these. The Dogwood Festival would have already happened. We had a piece in the National Art Honor Society juried competition, which was another national competition. I think there were over 1,000 entries and only 90 were selected.”

Landers hopes that these competitions mean something to her students, and that they remember what they learned from them for the rest of their artistic careers.

“So hopefully, what they mean to the students, what our intention in getting them to compete is, as an artist, one of the things you do to get your work seen is compete and try to get your work into exhibitions,” said Landers. “So we are trying to give our students some real world experience in both the process of how that happens, and when they do get into them, what it’s like to be at an opening reception; what it’s like to have your work in a show. So they’re learning about the process of being an artist. What I hope will happen is that they will continue to seek out those types of experiences when they are no longer here at the school.”

In the end, competitions are fun, but art has much more to offer.

“So, you know, this is just what we do as an art department,” said Landers. “Our curriculum is not just ‘make art.’ Art connects communities. That is how our culture thrives. Through the arts, humans relate to one another. We share experiences and empathize and sympathize with each other based on those collective experiences, and art documents that. Art challenges that, you know. So when things aren’t right in society, art challenges those things. Making sure that our students are a part of the art of the community in which they live is our big mission.”